Funded by the Community to the tune of $1.2M in Portsmouth New Hampshire – 200 slave grave remains and ancestral treasures now to live in their permanent Portsmouth home.

A reburial ceremony for the remains that were exhumed as part of site excavations on October 7, 2003 will be held in the morning of Saturday, May 23, 2015 at Chestnut Street.

A series of events leading up to the reburial will include an onsite visit by Middle School students with project artist and sculpture Jerome Meadows, an unveiling of the artworks, an ancestral vigil and, after the reburial ceremony, a large public celebration at Portsmouth Middle School.

“We are returning the Chestnut Street site to sacred ground; the Portsmouth community has found a meaningful and powerful way of honoring those buried beneath the street,” said Vernis Jackson, Chair of the African Burying Ground Committee. “These events are about remembering the dead and returning the remains to the earth, as well as acknowledging the site’s history and celebrating the community-wide effort that has made this project possible.”

The City, the African Burying Ground Committee and a group of dedicated volunteers have raised over $1.1 million towards the project. A total of $60,000 remains to be raised, according to Jackson. “We still need the community’s help to put our fundraising over the top,” Jackson said. “Now is the time for everyone who wishes to be a part of this important Portsmouth project to contribute.” (Donations may be made on the secure website www.africanburyinggroundnh.org or by check c/o African Burying Ground, 1 Junkins Avenue, Portsmouth NH 03801.)

Final Site Work
In the coming weeks, project contractors will return to the site to finish remaining work, which includes installations of the decorative fence at the Court Street end and decorative pavement for the travel lane, as well as remaining work on sidewalks, blue stone, and granite seat walls. Finally, in May, the original works of outdoor public art will be installed. “We have reached out to the abutters to make them aware of the remaining work and schedule, they have been incredibly supportive of this project for which we are grateful,” Chair Jackson said.

On an October morning in 2003, a series of coffins were revealed during infrastructure upgrades in the heart of the Portsmouth’s downtown. Through archaeology and DNA analysis the City confirmed the site was a segregated burying place for Africans and their descendants (likely both enslaved and free) where as many as 200 individuals may be buried below. Their names are unknown and their resting place – in use from the early 1700s through to the 19th century – was paved over, built over and mostly forgotten as Portsmouth expanded from the waterfront. Only one other site in Northern New England -the African Burying Ground National Park- is of comparable age and history.
Since 2004, the Mayoral-appointed African Burying Ground Committee has worked with the Mayor and City Council, the community in public forums, and the Chestnut Street abutters to create a plan to return the site to sacred ground. In order to acknowledge this history and make it accessible, understood and experienced by residents and visitors, the Portsmouth community has chosen to close this public street and transform the downtown City block into a public place of reverence, reflection and learning. The original works of outdoor public art created for this Park will connect this site to the African continent and people, call to mind the skilled labor of enslaved and free Africans that built Portsmouth and its maritime economy, and honor the people buried beneath the street.

To date, the African Burying Ground Committee and a group of dedicated volunteers has raised over $1.1 million towards the $1.2 million goal. This has included over 600 donations ranging from $5 to $100,000; the City of Portsmouth has contributed $250,000 towards the project construction. Honorary chairs of the fund-raising campaign are Dr. Laurel Thatcher Ulrich and Dr. Henry Louis Gates, Jr.

To learn more about the African Burying Ground, visit www.africanburyinggroundnh.org. 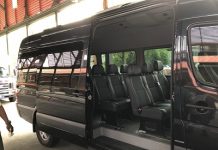 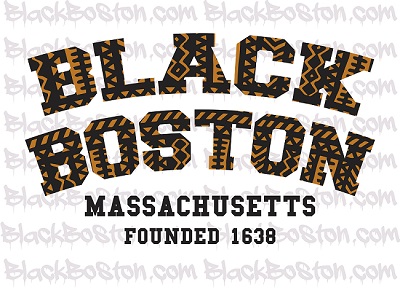 Provides online training for caregivers, state approved and one of the largest Black woman owned business in MA with 40 employees.

This restaurant was recommended by Collin Knight in a Linkedin Post. Mr. Knight is an independent Black business owner at "Live Like A Local Tours Boston." open ᎷᎾN-ᏚᎪᎢ 1PM-8:30PM