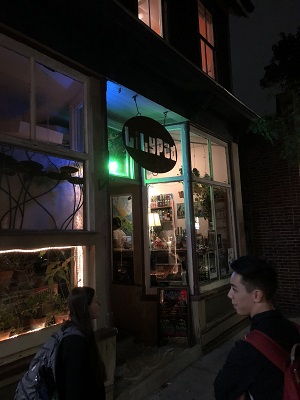 What is Jazz (musicians never gave it this name…)?  Well, the motto of the Art Ensemble of Chicago (AEC), a member of the Association for the Advancement of Creative Musicians (AACM), whose name was given by it’s musician members and celebrating 50 years in existence is, “Great Black Music Ancient to the Future”

The idiom has also been called “Black Classical Music” in reference to i.e. European Classical Music, because it is an American art form that has reached a level of quality equal to any other art form that cultures and traditions around the globe claim to represent the highest attainment of their society to be respected, admired and sought after.

But not elitist as some perceive these music’s to be!  And Jazz should be received as important as other global music such as Indian, African, Asian, South American, Carabean and so on that this country seems to give credence to, but where is Jazz on the scale?  Ask Europeans anyway, and I suspect many other cultures on the planet, too, Jazz IS received as the highest form of original American music as their own that they seek out and want to absorb.

I’m trying to contribute to the presence and appreciation of Jazz (and its ground breaking, new ideas)  as I begin to blog by actually curating, producing a(on the average) a monthly concert series in Cambridge – more about why for the time being I’m there.  It’s a small, serious but a fun endeavor like the Jazz, and it does become another option for you to consider attending.

Next time, more Creative Jazz to uncover including a show in Jamaica Plain, and my Creative Music Series (CMS) show to come and a glimpse of the one that just occurred.

Good Jazz to you.