Kerri K. Greenidge, The Grimkes: The Legacy of Slavery in an American Family

Some Novels by Abdulrazak Gurnah, the first African writer to receive the Nobel Prize in a decade.

One man’s struggle to find purpose in his East African life.

Kid get taken by a wealthy merchant against his will and becomes his servant when living in East Africa before World War I.

An unnamed narrator flees Zanzibar in the 1960s for England, where he soon falls in love with an Englishwoman and begins a family. – nyt

Two love stories that don’t end so well for the subjects.

A personal reflection on growing up in a troubled family

“URBAN WORKERS” author Eddie Neal was born in Boston in the 1970’s. What did he see? A lucrative career path plotted to make him a hero, or would city life fail him? And the outcome is, he made it! Neal earned a bachelor’s degree at Boston University. His book begins a day after New Year’s Eve. Wait, I thought he said it was sci-fi genre material when he called to introduce the book. I haven’t read it yet. To treat our readers — Mr. Neal will appear Live on Black Boston ZOOM to meet folks interested in discussing his book’s journey to publication. Make sure you are on our mailing list for the Zoom link. The date will be announced. Pull up “URBAN WORKERS” pages.

The GBH “Basic Black series” TV personality / Emerson College professor and author Kim McLarin worked the James Baldwin universe into her new book about her childhood, her path to self-realization, and her times and troubles at Exeter Academy where she was schooled at a young age before working at the New York Times as a journalist. The book “Another Country,” is the 14th in a series. Go to BookShop.org to buy it.

Mr. Johnson was raised in Massachusetts on the North Shore and earned a B.S. in Psychology and a Masters in Criminal Justice. He is a a coach, mentor, and a retired Law Enforcement Professional.
[ Book page on Amazon ] — ” This is a collection that encapsulates the Black American experience throughout life and current times. It has been receiving local praise but I would like to spread the word even further.” Mr. Johnson says “People don’t have to fit a stereotype to express themselves as writers. All it takes is a willingness to listen to the world around you and a desire to convey what is happening in your mind into these things we call words. I have been writing poetry and lyrics since college. I write to release the angels and the demons that affect and afflict my being.”

Melvin B. Miller, publisher of Boston’s oldest African-American owned newspaper operating today wrote a book about BLACK BOSTON. The book “Boston’s Banner Years:1965-2015: A Saga of Black Success” is a collection of pages in which well-qualified reporters share researched accounts of black achievement in Boston, creating a record for future generations of black community success.. says the book description text.

“Black Boston” is a part of the city inside zip codes 02119,02120,02121,02126. A predominant number of Black and brown people live there. Its definition was assigned by James Jennings when the Urban League published the 2011 State of Black Boston report. What is the economic impact of the Black Boston community? Boston’s Gross Domestic Product (GDP) was $400 billion annually when the city applied for the Amazon HQ2 award. Google for today’s figure. So if Blacks are 50% of Boston’s population, then do Black people add $200 billion annually to Boston’s GDP? Well, no we don’t! It is far less than that. Boston’s financial, hospitality and medical sectors combined with its technology and education stakeholder output are generating the big bucks.

Black Radical:
The Life and Times of William Monroe Trotter, by author Kerri K. Greenidge, Tufts University professor and an expert on 17th century Boston African American history, is considered the first major biography of Trotter in half a century. William Monroe Trotter edited the Boston-based black weekly newspaper “The Guardian” during the first thirty years of the 1900s. Trotter was born in 1872 and grew up in Boston’s Hyde Park. A UMASS Boston research institute for the study of African American culture and life has been named after him. Trotter and W.E.B. Du Bois co-founded the short-lived Niagara Movement. It lead to establishing the National Association for the Advancement of Colored People, aka The NAACP. The book received an outstanding review in the New York Times newspaper. formats: Hardcover, Kindle, Audio CD | View Inside the Book

Formats: kindle and hardcover | read inside the book The book “BLACK SOFTWARE: The Internet and Racial Justice, from the AfroNet to Black Lives Matter,” was published by Oxford University Press. It includes first-hand accounts of African American computer networking and Internet pioneers. Its an education for STEM students and corporate diversity officers about the systematic racism in high tech and universities with computer science programs, and how Blacks were able to overcome the obstacles as far back as technology existed. The book is available in the Boston Public Library, the New York Library system and in the Black Studies section wherever books are sold.

Adventures of Quentin, by Crystal Gaillard

“The Adventure of Quentin” book series follows the life of Quentin a kid that has an overactive imagination. Quentin’s interactions with his family and friends always seem to take an interesting turn as his mind works overtime. From his Grandfather with disabilities being a super hero to a trip to the zoo with his dad transporting him to Africa, Quentin keeps a young reader on their toes. All while teaching the importance of family and friends.

Read this moving story about “My Super Grandpa.” It is Crystal’s first book.Download

Crystal is a black author that has decided to come out with a series of books that not only showcase black families but also deal with their life experiences through her son’s imagination. Her book is designed for parents of children ages 2-10 years old and sheds a light on how children understand, process and learn to interact with others who are different from them. Contact the author
https://www.adventuresofquentin.com/.

We are adding Book industry job openings when we get them

click to submit your book release for feature consideration

Enjoy books for adults, kids, teens, and seniors at events organized by Roxbury Readers. The events will have national best-selling authors, local authors, and a number of activities.  To contact Roxbury book readers at the Dudley Square Branch Library send an email to dudleybranchinfo@gmail.com Twitter: @RoxburyReaders

Barnes and Noble is one of the largest big box retail book stores in Boston and New England. The company was recently purchased for $600 Million. The deal ensures the chain won’t be going out of business anytime soon. Barnes has closed hundreds of underperforming bookstores across the country in an effort to stem costs.

Shoutout to More than Words, the non-profit book store and event space at
242 East Berkeley St in the South End. The store employs young adults age 16-24 who are dealing with life adjustment challenges.

Frugal Bookstore in Nubian Square on Dudley Block has the largest selection of Black Book authors we’ve seen in the Boston area. Frugals also has a massive kids book section and an abundance of toys, adult books and apparel for sale.

Papercuts J.P. is the go-to indie bookstore in Jamaica Plain for authors and readers. You’ll find local self- published items on the shelves.

New England Mobile Book Fair moved to Newton. It has been around for years. It has a huge selection of books. The store is a popular stop for educators and the general public. You will find it in Newton Upper Falls, Ma. (617) 964-7440.

Bookstores we buy from

What's your opinion of this? Cancel reply 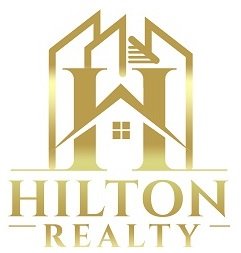 See our diverse team and our website. We are a Black woman-owned real estate firm. Call {617} 651-2295 about your issues today or visit our website link shown below.

Meichelle A. Ferguson, OWNER
Broker & Notary of the Public

Hilton Realty is your locally owned and operated Real Estate company. where your money recycles 2-3 times back into the community. We Believe in working to bridge the Wealth Gap in Massachusetts. By placing your Real Estate in our hands you'll be teaming up with a company that you can trust to deliver profitable results and take care of the community. 5-10% of our proceeds go to local non-profits and causes. Thank you in advance for the opportunity to serve your needs.