His story: Born Glenroy Solomon Burke in rural Jamaica,  was stunned at an early age by the tough circumstances facing his family. At 11 years old, he witnessed how his mother cried one evening when she didn’t have enough dinner to feed their household of eleven. Seeing the situation, at 11 years old Burke promised his mother that one day he would go to the United states, open his own restaurant and get her a better life. After high school, he pursued his dream’s desire and in 2008 the promise to his mother became a reality when he opened what would become an outstanding (rated 4.5 out of 5) and popular restaurant known as Jerk Café (where he is known as Chef Shrimpy) in South Yarmouth on Cape Cod, Massachusetts. 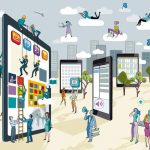 We can fix it, explain it and teach it

from the website .... "Myriam brings her wealth of expertise to both large-scale and intimate events. She has executed large outdoor festivals and installations and international issue-based summits, produced complex virtual events, and planned high profile gala dinners for dignitaries, universities, non-profits and businesses. In addition to event planning, her services include brand marketing and fundraising and project management. Her work has appeared in such publications as WCVB’s Chronicle and CityLine, Boston Business Journal, Boston Wedding Magazine, and Modern Luxury Magazine, among others. She has garnered press coverage for her clients’ events in local and international publications including the Boston Globe, Politico, Improper Bostonian, NPR, New York Times, and the International Herald Tribune."

Servicing Boston and beyond
Boston, MA

Catering services for all occasions