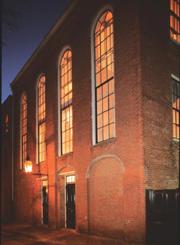 The 2016 Gala salutes extraordinary leadership which upholds the legacy of 18th and 19th century black patriots and their colleagues who distinguished themselves on behalf of freedom and justice.

The African Meeting House is one of the most important National Historic Landmarks in the United States. Past LIVING LEGEND awardees include: Harry Belafonte, Adelaide Cromwell, Ossie Davis,Earl Graves, Hon. Edward Kennedy, Glendora McIlwain Putnam, Bill Russell, and Cicely Tyson and others.

200 African Graves in NH from 1705 with ancestral treasures intact invite your visit and inquiry.