Boston Black renters are getting screwed by the housing industry. Agents won’t show them the units they show white people and landlords don’t make it easy for Blacks to rent or buy their properties. For renters with kids or a Section 8 voucher, they are treated like shit.

In a 68-page study from researchers at Suffolk University titled “QUALIFIED RENTERS NEED NOT APPLY,” some issues are addressed by recommendations. Here’s one.

This study found alarming levels of discrimination based on race and source of income in the Greater Boston rental housing market—none of which should be occurring because federal, state, and local laws prohibit this behavior. Policy makers should consider the data to develop policies to address the discrimination occurring in our community.

Based on study author findings and the experiences of testers, the suggestions on possible policy initiatives to curb housing discrimination and to increase the ease of use related to vouchers.

The COVID-19 crisis has highlighted the importance of removing barriers for people in protected classes to neighborhoods of opportunity. These recommendations are suggested as a starting point for further discussion as to possible policy solutions that limit housing discrimination and its attendant harms, and are by no means meant to be exhaustive.

This study demonstrates that real estate brokers play a major role in purveying housing discrimination on behalf of their clients. In the vast majority of the tests that Suffolk University Law School Housing Discrimination Testing Program (HDTP) conducted for this study, the testers interacted with a real estate broker.

The study shows that many Boston area brokers are screening out qualified applicants based on their protected class status on behalf of their clients. This must change.

Policy makers should increase the penalties for discrimination and make it easier to suspend a real estate professional’s license for violating antidiscrimination laws. Under Massachusetts law, in order to uspend the license of a broker for 60 days for discrimination, the Massachusetts Commission Against Discrimination (MCAD) must notify the Board of Registration of Real Estate Brokers and Salespeople (BRREBS) that it has made a finding that the broker has violated Chapter 151B, the Commonwealth’s anti-discrimination law, in the course of their duties. The MCAD must make a second such finding within two years to suspend a broker’s license for 90 days.

The results of this study suggest that many brokers are willing to violate anti-discrimination laws. The requirement that the MCAD make a finding before a broker is referred for discipline is a system that practically ensures there will be no discipline.

Many renters do not know they are being discriminated against, and those who do—particularly those with a rental subsidy—typically do not report it.

They are busy spending their time trying to find an apartment before the period in which they must do so expires, or else lose the voucher. Even where cases are brought against brokers, they are often resolved informally, without a formal finding.

The legislature should consider changing the cost benefit analysis by making it easier to suspend an offending broker. Brokers should be a force for good in the real estate market, assisting in keeping the playing field level rather than assisting landlords in discriminating.

The HDTP submitted multiple public records requests in an attempt to determine the number of real estate brokers and salespeople in Massachusetts who had their licenses suspended by the BRREBS because they engaged in housing discrimination dating back to January 1, 2017. In January of 2020, the Division of Professional Licensure responded with a list of 67 brokers whose licenses BRREBS had suspended.

However, as to whether BRREBS suspended any of these brokers for discrimination, the Division replied, “We do not store and maintain our Data in a manner that will allow us to respond to your request.” In February of 2020, the Massachusetts Commission Against Discrimination responded to a request regarding whether they have referred brokers to BRREBS for suspension, by stating that they were not able to find “records of referring any cases to the Board for license revocation pursuant to MGL ch. 112, s. 87AAA.”

Source of income should be a protected class under the Fair Housing Act. More than 2.2 million low-income individuals and families participate in the federal Housing Choice Voucher program. Many of these individuals are people of color.

They should be protected from discrimination for their participation in the program. It is a waste of our nation’s resources to fund a program and then allow its frustration by
letting people discriminate against the program’s participants. On June 26, 2019, U.S. Senator Tim Kane of Virginia reintroduced the Fair Housing Improvement Act of 2019.96 This Act would make it illegal under the FHA to discriminate based on …….. 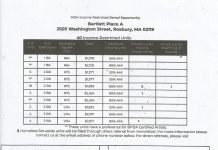 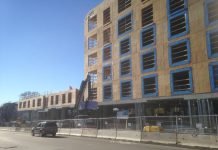 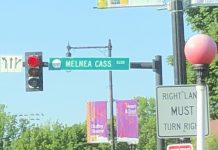 Our goal in this business is to meet and exceed our clients' expectations by providing the highest level of cleanliness.