We’re seeing most Boston area single family houses on sale last from 29-45 days  on average until the For Sale Sign becomes a “Sale Pending” Sign. Many homes for sale are located on traffic heavy avenues and street intersections which suggests that better located homes cost a lot more or simply aren’t that available.

A plethora of renter tenants are being stressed out over rent increases, landlord foreclosures, poorly managed properties and the lack of time to find a better deal.

A remarkable number of moderate to middle income priced apartments are always available.

But in some locations offering market rate units, your applications have to compete against others.

This  may be where rankings like FICO score, employer and income become more important selection factors but it’s not obvious what method a commercial rate rentor uses to judge a potential renter in these competitive situations.

Certainly when your household income is 3x or more than the rent being charged, it helps.

Credit Reports are an issue though. There are 2,000 paralegals working on crecut tepirt problens a Lexington Law– consumer advisory service we Endorse.
Call them up.
Dial 1-866-348-8440
Provide the AboutBlackBoston.com Referral ID #19369.

You ve given credit report. a smell test anslysus of whether it can be improved as is, and help battling disputes you have. Rates are $13 – $99 flat rate month to month at will. tge liw end covers monitoring after the high ebd eork begans.billed by yhe month that you csn stop or start when you want work done.

At the new Oxford Ping On Apartment building opening in Chinatown in December, of 67 total units in various sizes,  48 must go to those making between $20,000 and $59,000 income.
The rest will be rented at market rates of  over $2,000+/mo depending on room sizes. There are over 500 applicants for all of it. Yhe deadline to apply is December 16.

( An affordable apartment rental lottery deadline is not to be missed.

We’re seeing fast turnover trending  in the suburbs. It is not clear how hot the triple decker market is in the heavily populated neighborhoods of Dorchester where they rein tall side by side with barely 10 feet between them.

This ears some very big and old units. Must be monsters to maintain and hear. Solar panels seem to be showing up everywhere.

Up a steep hill near a hospital in Dorchester up above Washington St Uphrams Corner are a multitude of huge triple deckers. Most converted from owner occupied house to triple condo during the mid 2000s.

But why are so many of the affordable priced Olmstead Homes Development two and three family houses still sitting unsold?

People say they weren’t built very well? At least that’s the rumour on the street but what does that mean,

One would think any of the $230,000 brand new Olmstead Green houses are better deals than the shiny new tiny small 2- Bedroom rental units in new developments like the Urban Edge  penned Jackson Square rental building property.

Renters in Dorchester’s Adams Village ain’t going for the price hike hits.  A lady told us her landlord is moving up rent to $1590.00 a month from $1,400ish over there in and  “she ain’t paying that” she said and is considering Olmstead Green now that she knows where it is.

Boston’s racism reputation has been put under the microscope in the newspaper.

Studio apartment rents starts at $643 mo in this new building for some renters.

Welcome to A Maven's World Lifestyle Brand.Our conferences for women globally.
We are Connecting People, Empowering Life and Building Brands. 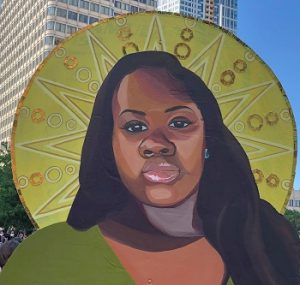