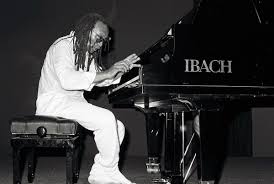 Friend’s of Jazz (and the curious):

On Thurs. Oct 18 in Boston, beginning at 5pm, at Jordan Hall, a Jazz forum/panel discussion takes place followed by performances at 7:30 by numerous professional Boston and guest musician in honor of a legendary (Black) musician and former graduate of the New England Conservatory (NEC), Pianist Cecil Taylor.  If there’s anyone not in the public’s eye/ear as John Coltrane is representing the “New Wave” in Jazz, “Jazz beyond Jazz”, it’s pianist, composer and band leader Cecil Taylor, 1929 – 2008, https://en.wikipedia.org/wiki/Cecil_Taylor.   https://necmusic.edu/events/jazz50-jazz-advance-cecil-taylor-tribute-concert.

Cecil Taylor not only playing and stating, but being responsible just as much as Coltrane was for example, in helping to change musicians and listeners attitudes towards the creation and evolution of this great art form – to pave the way towards a modern view of Jazz especially concerning the piano and improvisation in general, that continues to be expressed by desciples of Taylor just as saxophonists, not limited to them, look up to Coltrane.  In fact, pianists are influenced by ‘Trane just as saxophonists are by Taylor, including compositionally and Jazz band dynamics.  For example, freer and collective and interactive improvisations between band members.

Both genius’ lived and played and developed their crafts at the same time, the late 50’s into the 60’s, with an ongoing debate amongst “experts” as to who was really the first to express and expose the New Music; a trivial historical matter eclipsed by the power of both musicians and their music!

And yes, there are a few Boston pianists who are influenced by Taylor quite directly (without cloning him), and perform as regular as the scene allows them (yes, clubs, venues are known to exclude modern, freer Jazz).  Mostly in Cambridge at the Lilypad and Outpost 186, “non-clubs” that have open minds in scheduling music, and more intimate.  They are Steve Lantner, Eric Zinman and Pandelis Karayorgis.

On Tuesday, October 29 in Cambridge at that Lilypad, will be another wonderful pianist invited from New York, to perform a solo piano concert, Ms. Kris Davis. A great example of  Cecil Taylor’s influence while experiencing a unique approach to Jazz piano that has been recognized by international Jazz journalists as a rising voice to become aware of.  And she just recently joined the faculty of the Berklee College of Music in Boston.  A link to the event: https://www.lilypadinman.com/home/2019/10/29/kris-davis-solo-piano

And if I may, you can experience the avant of Jazz here through the guitar, with some “brainy” punk for good measure thrown in next Saturday, October 19, at the Lilypad in Cambridge: https://www.lilypadinman.com/home/2019/10/19/wendy-eisenbergs-gloyd.

Jazz, the never ending evolution of creativity and as American as apple pie!

Jazz in our new year & community discovering history and now!