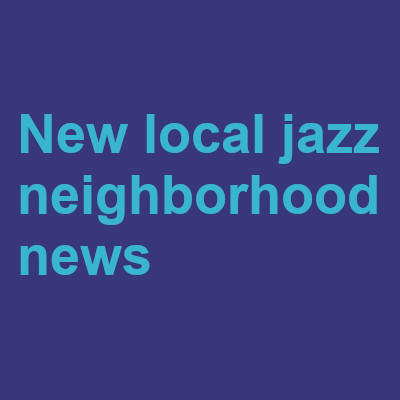 ‘Tis the season of …

Well, holidays are upon us and Jazz will be abound, I hope; in straight forward or jingle bell style, I’ll be curious what’s to come.  Or maybe just some CD’s / LP’s (yes, they’re still being made) under your Xmas tree…

One concert season comes to an end belonging to The Creative Music Series, the last concert being Saturday, November 23, 2019.  It’s less than a week before Thanksgiving, a good time to check out the music before other family and friend gatherings.

Giving it attention especially because of the now less-frequent appearance of Boston’s Jason Palmer, a young and creatively maturing African-American trumpeter, a local favorite especially at Wally’s in South Boston, now on the road touring and playing with established world-class musicians from around the country.  That’s how a young musician finds his or her own voice, not by just taking the band formed from their favorite local musicians gigging the pay-to-play clubs (hoping to be the next “star band”?), but live and learn from those who have paid-their-dues to become leaders; and when Jason shows up in their ensembles, you’ll know, they know he has the tools and soul to accomplish.  Take a look at him:

And such is a special trio that he’ll be part of, first time a member I believe, led by a unique, world-class and still growing drummer Ms. Allison Miller along with and also from New York, pianist Carmen Staaf at one time teaching at Boston’s New England Conservatory after attending Tufts in Somerville/Medford.  Link to it: file:///C:/Users/myciber/Documents/Concerts/For%20Immediate%20Release%2011-23-19%20pdf.pdf.

At the Lilypad, Inman Square, Cambridge, 11/23/19, 7PM (early start) for two sets.  Reasonable cover.  Small-cute bar in the back.  No waiters, get it yourself.  Patrons come to listen, no dining chatter.  Take a listen.

Next time I’ll introduce you to another talented (and esteemed already world-class) Boston area African-American trumpeter, Forbes Graham who has a few more years and is a family man, too.  He has a show coming up on Nov 7th in Cambridge at the Outpost 186 venue, 8pm.  A little peak at the gentleman: http://www.rarefrequency.com/2007/10/forbes_graham.html.

November 11  More info TBA, but he plays solo around 10:30pm. The event starts in the afternoon.

He also have released a recording on Bandcamp. The link is here: https://forbesgraham.bandcamp.com/album/lagos-playground

It is a benefit record for HIAS. https://www.hias.org.

“Success is the best revenge!”.

Boston Juneteenth 2020 events are lining up.

Boston Juneteenth 2020 events are lining up.