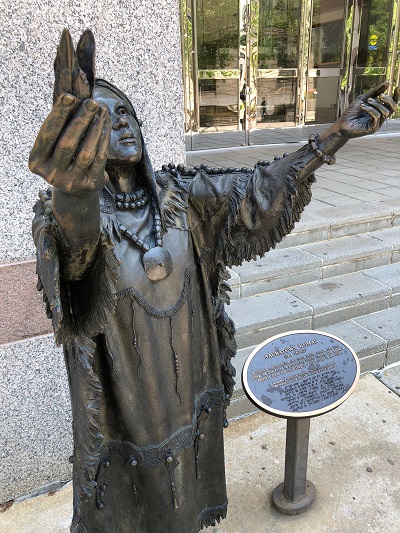 If 100,000 students paid $5 each to take an African American studies course online from a MOOC platform,  the professor would gross $500,000 minus production cost. You already have the courseware. Some digitization is needed but it won’t be that hard to digitize your course content. You already have the slides, the words and the text in a digital format by now, don’t you? You already do well as . Capture that in a camera, kick it with some simple NLE editing and you will be all set to distribute by MOOC. MOOC, a massive open online course (MOOC/muːk/) ( software platform) aimed at unlimited participation and open access via the web

Launch the course and you could walk away with six figures in the clear.  You may gross over 50% profit. Marketing is probably going to be your largest expense, but you can teach it to a small cohort then use those profits to go at a larger audience grab – bootstrapping it along the way. If it is good. If people get value out of it. If its unique, and if it is something people want, you’ll win!

The prolific bassist and composer Stanley Clarke teamed with ,  keyword maestro Mr.  Chic Corea, when they ran a social media campaign to announce their online course they would teach together. Thousands of eyeballs from around the world saw it. Most were musicians. They were told they would see a short free concert online. I attended. The worldwide audience showed up. Tens of thousands became students, signing on at thirty dollars or more.

The maestros generated more money from that project than any world-class musician could get from a series of jazz concert hall performances. And they did it from a recording studio setup like any studio that rents time by the hour in your neck of the woods.

Students were in music heaven. They got one-to-one access to the most famous musicians in the world. “Chic, how did you get so good,” one student asked. Answer: I learned how to play music made by people I admire, then I learned how to transpose it in any key I wanted. Practice, Practice, Practice, ” said Mr. Corea. He practices hours per day, every day. I heard saxophonist Grace Kelley tell her YouTube subscriber channel audience the same thing. Yes, the students are groupies. Groupies with new skills training now, because of the course. The demo concert was fantastic. It closed a lot of sales.

The African Studies Professor or teacher with any subject material that someone wants to learn, benefits from a groupie following. You gotta have that and if you don’t, you gotta create a following. If you can’t, your course ain’t hot, ain’t urgent and it won’t sell. You may find that people would rather take your MOOC course rather than read your books. The knowledge transfer medium of exchange is different by way of the MOOC.

This post was first written in 2014.  Skip to 2019, now that there are many platforms to develop and launch an online education course, now is a good time to do it.

Whatever your obstacles are, we stand ready to assist teachers who want a setup. Find out what it cost and what it takes. Request a Quote.

This Land Is Their Land: The Wampanoag Indians, Plymouth Colony, and the Troubled History of Thanksgiving