Spring into Jazz beyond Jazz…

And focus on the continuing contributions of musicians either or all, Boston born, raised or made their music here.

All of them became legends in their own time—some took a while, all now deceased some likely before their time—and worth your curiosity, knowledge and pursuit of the music that lives on though often “underground” from  the straight-ahead mainstream culture.

A preview to get you going:

Sam Rivers enrolled in the Boston Conservatory of Music in 1947 and later transferred to Boston University, where he majored in composition and briefly took up the viola and fell into the busy Boston jazz scene.

He made an important acquaintance in 1959: Tony Williams, a 13-year-old drummer who already sounded like an innovator. Together they delved into free improvisation, occasionally performing in museums alongside modernist and abstract paintings.

By 1964 Mr. Williams was working with the trumpeter Miles Davis and persuaded him to hire Mr. Rivers, who was with the bluesman T-Bone Walker at the time, for a summer tour. Mr. Rivers’ blustery playing with the Miles Davis Quintet, captured on the album “Miles in Tokyo,” suggested a provocative but imperfect fit. Wayne Shorter replaced him in the fall.

Note: Not everyone could last with Miles; Miles couldn’t necessarily handle (other) ground breakers.

“Miles in Tokyo” is a great release and Rivers flowed with Miles’ music beautifully in my opinion.

To close, my next two Creative Music Series’ Concerts, Live Jazz beyond Jazz, will occur in Cambridge on March 7th and March 18th.  A link to CMS’ Face Book events page and description:

Best of music and the spring to you!

Cash + Voices from Arts and Business Organizations who support #BlackLivesMatter and Personal Responses to the Systemic Racism in our Communities. 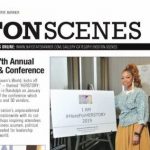 US and International
available 24/7 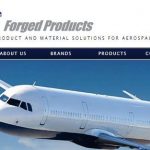 Wyman Gordon is committed to hiring, promoting and transferring employees without regard to race, religion, color, national origin (where a person was born), sex, age, ancestry (ethnic heritage), citizenship, veteran status, marital status, sexual orientation, disability, or any other reason prohibited by law. Decisions as to hiring, promoting or transferring employees should be based solely upon job-related qualification