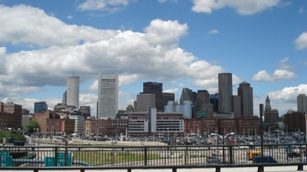 In every newsletter, I like to talk about a nationwide nonviolent economic between African Americans and every other race of people in the United States and from across the world. In favor of African Americans without throwing one punch or shooting one bullet. Volunteers needed.

I am a firm believer through years of research that obtaining our economic independence in the United States is two-folded; urban revitalization and economic empowerment. Far too many African American people in America believe and feel the same as I do when have been here in the United States longer than anyone except the Native American Indians, yet economically we are at the bottom of the totem pole economically. Why? The only answer I can give is poor leadership deceived by Satan.

Presently, I have two completed proposals or shall I say plans of action to nonviolently go to battle here in the United States to obtain our economic independence. One for urban revitalization and the other for economic empowerment. I am ready to roll can I get your help?

Very briefly, I would like to share some information with you pertaining to some of the obstacles we will be facing throughout urban America retrieving the most of the 850 billion dollars we give away annually. Along with some footnotes from newsletter 105 discussing one of the ingredients the Late Hon. Dr. Martin Luther King, Jr. indicated in a sermon in 1967 at the Barrett Junior high School in Philadelphia, Pa., that each and every student must have in their blueprint for success.

“Do not be ashamed of your color, don’t be ashamed of your biological features, somehow you must be able to say and believe it that I am Black but beautiful. He indicated that we need not be lured into purchasing cosmetics advertised to make your skin lighter, neither do you need to process your hair to make it appear straight.” Well, African American women spend over 8 billion dollars annually on weave and beauty products alone. Not counting the money they spend on clothing, food and other household goods excessively. The African American / Black woman plays a very important role within our culture and in our race and our overall success with her character, intellect and natural beauty.

Somehow, she sets the tone and example for our children and other young women in the church and in society. She is the teacher of our children according to the Bible through instructions from her husband, passed down from instructions from our Father which art in heaven. (1st Timothy 2:9) If we are going to obtain our economic independence in the United States she will be the one to teach other women

“No more shop till you drop.” Because when a man asks a woman to stop spending too much money recklessly for a particular cause, such as obtaining our economic independence in the United States, most of them become offended. How about that? It is time for a change.

Gangs violence and drug dealing is a roadblock towards obtaining our economic independence in urban America and it is time for a change. Even though the hundredths of companies left the United States, and employment may be slack in certain cities that is no excuse for selling drugs and African Americans killing each other just to make a dollar. I truly pray to God for a change in the lives of our young African American men and women who put themselves in a position that will allow the prison to become their next home.

Some urban African American communities don’t need any serious revitalization, what they do need is more African American / Black business, banks, grocery stores and retail stores. One day I hope to introduce a news banking system within our race nationwide because we need to save collectively and financially invest on one accord in the commodities we use daily.

Without a doubt, I truly believe my proposed nationwide urban revitalization project is the best project for urban America today. A project that will create employment and employment training, build low-affordable homes and reduce the Section 8 waiting list. Every young adult in the United States is not college material some of them will be more suitable for learning a trade. (Pluming, brick mason, etc.….)

After appealing to many members of the Congressional Black Caucus in regard to my nationwide urban revitalization project, it behooves my mind why they cannot see this project as one with top priority in urban America. Just because many elected officials do not get along with president Trump that is no reason for them to forfeit their responsibility of putting the needs of the American people first.

After appealing to the Senate Members of the United States Committee on Banking, Housing, and Urban Affairs by letter 5 months ago, I am still waiting for a response.  Being elected or appointed to a position of authority anywhere in the United States must entail more than just a paycheck. Sometimes certain people in government especially the United States Department of HUD need to accept that fact that they don’t have any solutions to the housing problems in America today and do the next best thing, retire early, and give the job to someone else with some new ideas.

All the money our elected officials spend in Washington belong to us, the American people, and we have the right to protest for whatever reason accordingly. One of the main problems with African Americans today within urban America is that far too many African Americans are reactive instead of proactive.

I hope I clearly explained some of the obstacles we will be facing in urban America while working towards obtaining our economic independence in the United States.

2nd Chronicles 7:14, If my people, which are called by my name, shall humble themselves, and pray, and seek my face, and turn from their wicked ways; then will I hear from heaven, and will forgive their sins, and will heal their land.

I hope you enjoyed this newsletter,

See who is hiring